In this documentation we use the terms account, identity, DID interchangeable as they are effectively the same thing.

A user can identify themselves to another user or application by sharing their unique DID address.

The Verida Wallet automatically creates a decentralized identity for new users. These identities can be exported and imported by providing the secure seed phrase and the DID string for recovery. 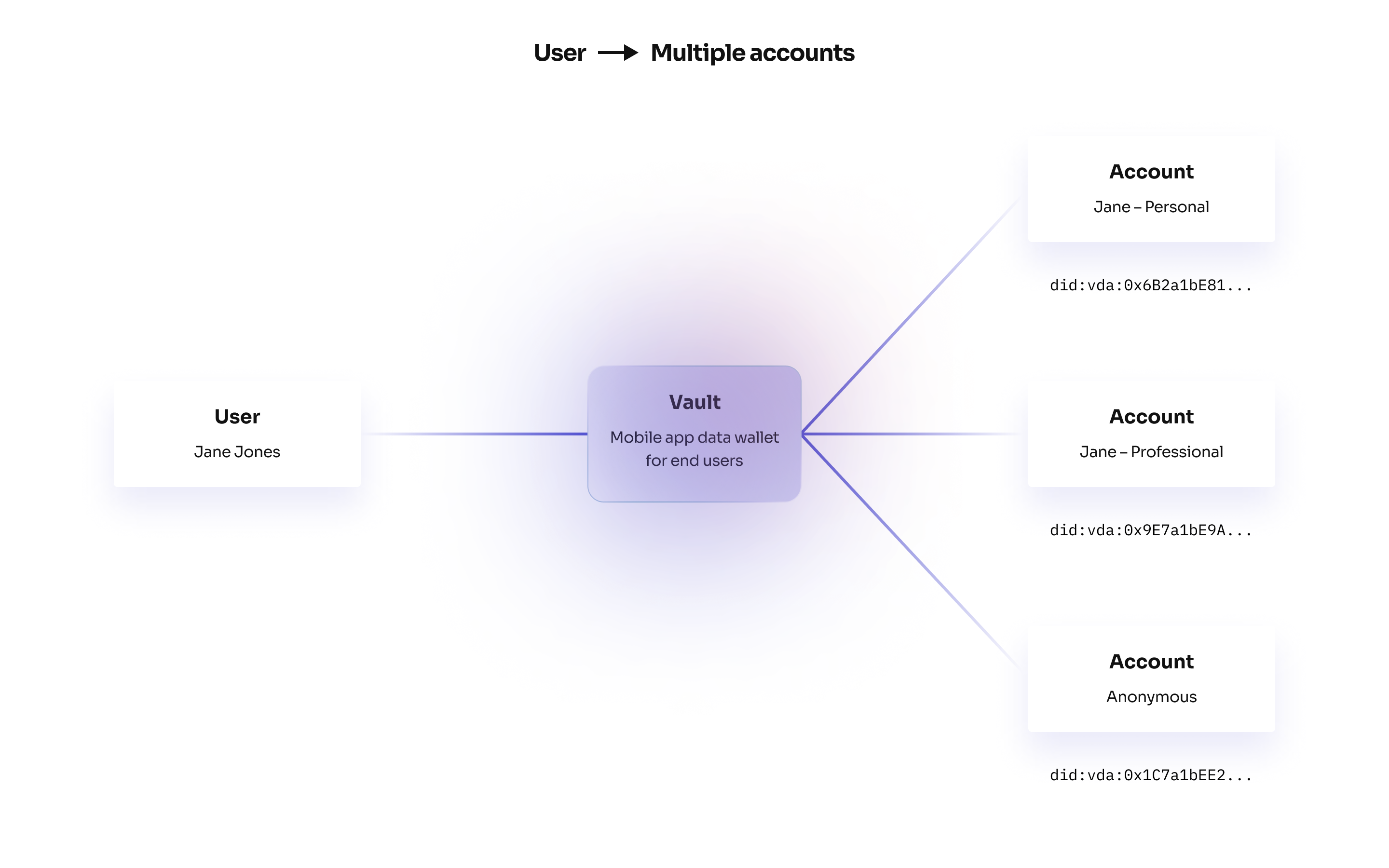 Users can have multiple identities for different purposes. For example, a user may have a personal identity and a professional identity. This is easily supported (and free) as a user can simply create a new Verida account (DID) and use that to login to any application.

It’s also entirely anonymous. No information is known about the holder of the DID and no personally identifiable information is written to a public blockchain.

DID's are more than just an address. The specification supports creating DID Documents that provide enhanced discovery of services being operated for that DID (ie: storage, messaging) and public keys (useful for verifying data signed by the DID).

Verida has implemented it's own DID method (did:vda) based on the VIP-2 specification. This was necessary as there is no currently available DID method that meets the performance, feature set and low cost necessary for the Verida network to be viable for mass adoption.

The Verida DID method writes a small entry on the Polygon blockchain registering a DID and provides an array of URL endpoints where the most up-to-date version of the DID document can be found. This means there is a single blockchain transaction to register a DID and make it publicly discoverable while all updates to the document can then occur via "free" HTTP requests to the DID Document endpoints.

A Verida account can control where their private data is stored, for all applications using the account. Data created by applications is encrypted with the account’s private keys and stored in off-chain private peer-to-peer databases.

The database endpoints for this application data is published in the DID Document of the account.

For simplicity, Verida provides a free testnet database that can be used by any application, however both application developers and users can take control of this data.

Applications operating on a server can specify their own storage nodes. See Authentication.

Storage nodes for users are currently managed by the Verida Wallet

In the future, we will add support for:

Data stored on the Verida Acacia Testnet is deleted regularly, so don’t rely on that data persisting.

If you need help spinning up your own storage node, please reach out via Discord or Register your interest in running a Storage Node.