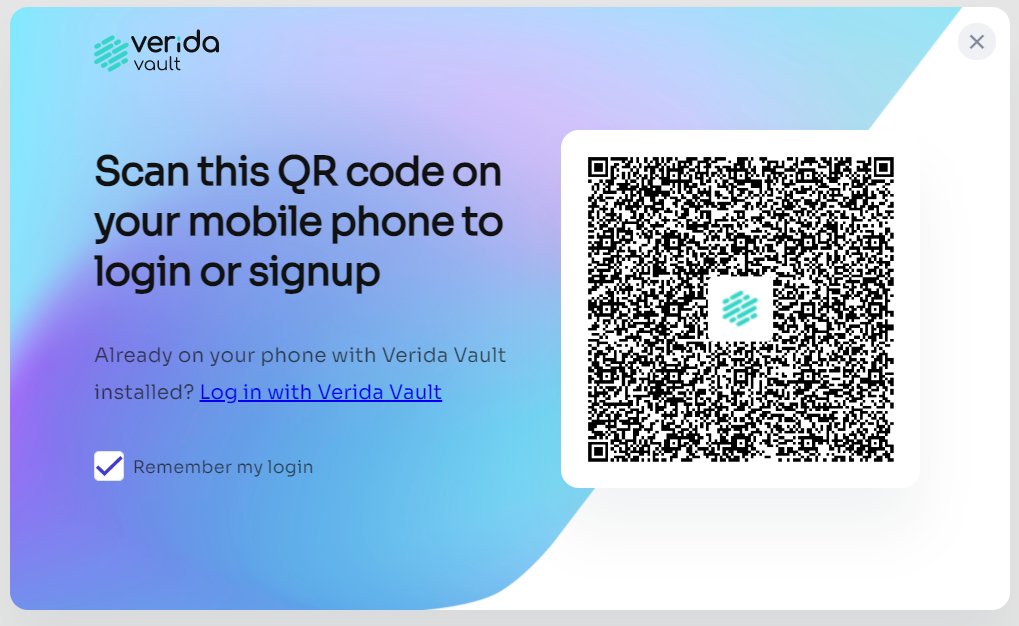 A user downloads the Verida Wallet onto their mobile device which generates a private key on a supported blockchain. This private key is used to generate a Decentralized Identity (DID). The user then scans a QR code on their phone which prompts the user to sign a consent message using the Verida Wallet to unlock the secure enclave for that application. 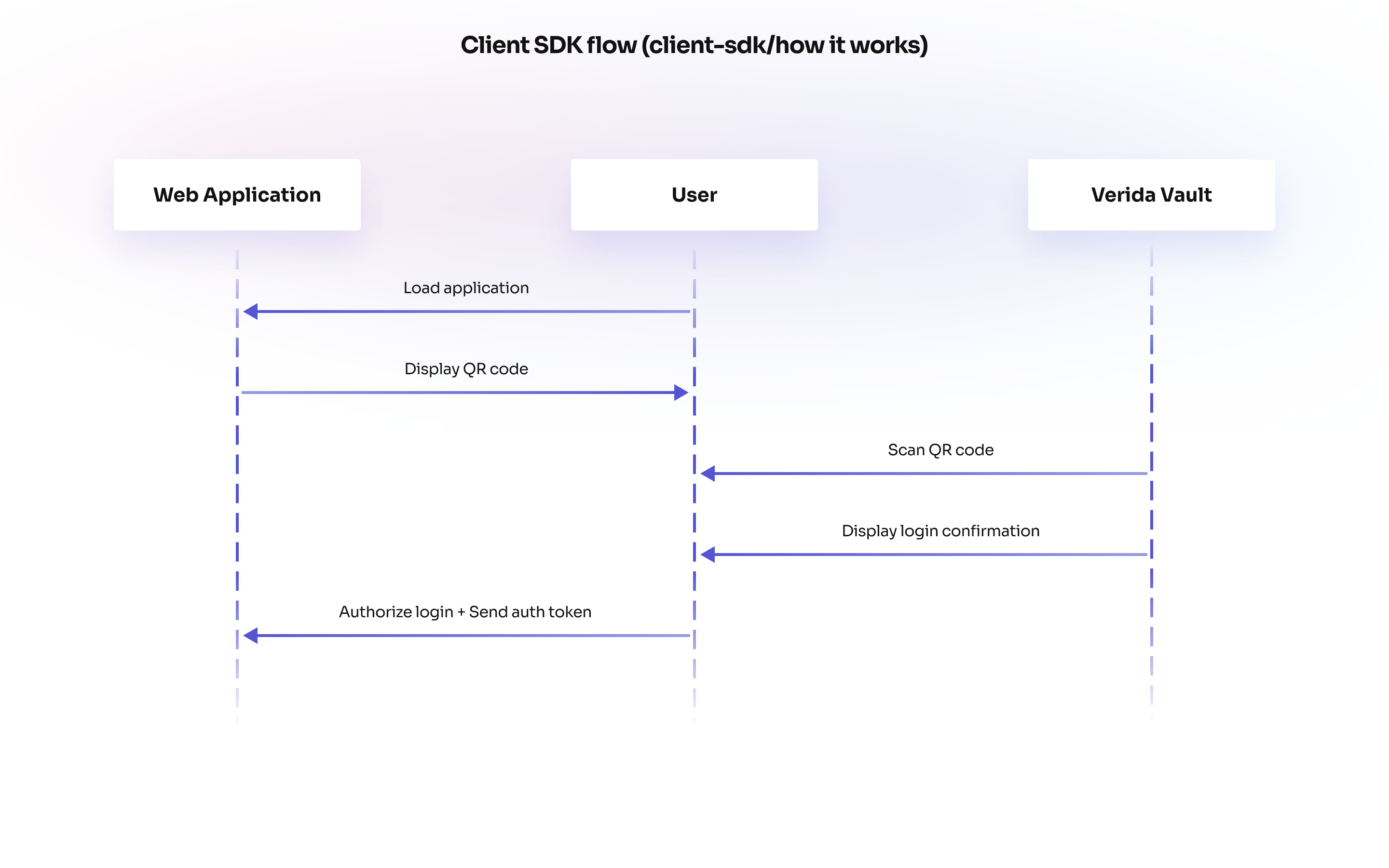